MORE THAN YOU CAN IMAGINE

San Pedro del Pinatar is a small town and municipality in the autonomous community and province of Murcia, southeastern Spain.

The municipality is situated at the northern end of Murcia's Mediterranean coastline, the Costa Cálida, and borders with the province of Alicante. It has an area of almost 22 km²

Murcia is a city in south-eastern Spain, the capital and most populous city of the Autonomous Community of the Region of Murcia, and the seventh largest city in the country, with a population of 447,182 inhabitants in 2018 (about one third of the total population of the Region). The population of the metropolitan area was 689,591 in 2010. It is located on the Segura River, in the Southeast of the Iberian Peninsula, noted by a climate with hot summers, mild winters, and relatively low precipitation.

Los Alcázares is a municipality and a coastal spa town and former fishing village on the western side of the Mar Menorin the autonomous community and province of Murcia, southeastern Spain.

The Mar Menor is Europe's largest saltwater lagoon. Connected to the adjacent Mediterranean sea by several channels, the Mar Menor has a surface area of almost 20 km² and the fact that it is typically 2-4 degrees warmer than the Mediterranean, makes it a very popular destination for sailing, windsurfing, kiteboarding and other water sports enthusiasts.

Cartagena is a city and port in the east of Spain, in the Murcia region, on the Mediterranean Sea. The beaches are called the Costa Cálida. The port of Cartagena is one of the most important ports in the country.

Lo Pagan, located on the Mar Menor (in the south-east of Spain), is a hamlet of San Pedro del Pinatar. It not only has beautiful beaches but also the largest saltwater lagoon in Europe.
The lagoon (or inland sea) has no tide and the bottom gradually slopes to the middle where the sea has a depth of about 7 meters.
Very safe and ideal for water sports. The temperature of the clear, warm water of the Mar Menor is on average 5 degrees warm than that of the Mediterranean.
The beach of Lo Pagan is called La Puntica, there is also a marina with sailing club.

In the heart of the province of Alicante. Torre de la Horadada is a small town on the Costa Blanca.

The sandy beaches and clear water are among the finest on the Costa Blanca and are being touted at European level.

La Manga del Mar Menor is a strip of land located on the southeast coast of Spain in the autonomous region of Murcia on the Costa Cálida. The nearest major and important port city is Cartagena. Mar Menor is the largest seawater lake in Europe.

Discover our fashion, restaurants and cinemas so you can enjoy with your family. 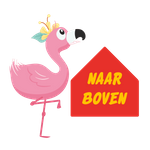